In the 1990s, Vienna began ground-breaking work into actively considering the role of gender across areas of policy never normally associated with any gendered differences. The city began to research and identify the gaps in data relating to how gender affected use of public space, and by studying how different groups were using space and transport differently, planners began to make impactful changes towards fostering equal access to the city.

For example, Viennese officials noticed that after age 9, girls had almost entirely disappeared from parks. Rather than assuming that girls were not interested in sport, detailed surveys discovered that it was the presence of only one large space in parks that was driving them out – a space dominated by boys playing football, leaving the girls feeling like they couldn’t compete for space. When paths were used to break up the space, and alternative activities added, park usage by girls shot up to almost parity with boys. Shifting away from prescriptive problem solving and towards exploring the lived experience of the people in the area – especially marginalised groups – was key for achieving inclusivity.

Another data gap closed after Viennese officials asked citizens to complete a questionnaire on how they used public transport. Most of the men finished the questionnaire almost immediately, while women “couldn’t stop writing”. While men reported travelling twice a day to commute to and from work, women used a greater variety of transport methods and made long strings of trips in a web centred around home – combining paid work, care work, shopping and other errands. Public transport and fare structures at the time was not geared for this style of travel, so women’s time, money, and productivity suffered.

This is a familiar, persistent problem across the world, where the disproportionate time costs of care and running errands (disproportionately falling on women) lead to women’s reduced participation in the labour market, be that working part-time or turning down better-paid work due to infeasible commute lengths – perpetuating gendered income inequality.

Crucially, this knowledge was deemed important to Vienna, resulting in action to re-evaluate the city’s long-term approach to urban planning and shifting the focus to improving accessibility, safety and ease of movement. Frauen-Werk-Stadt (Women-Work-City) was a project to build large social and subsidised housing developments, designed by and focused on the needs of women. Bearing in mind the time lost by having to travel, play spaces, nursery, a doctor and a pharmacist were all included in the complexes. The concept of a 15-minute city currently gaining traction across much of Europe aims for the same goal – eliminating the disproportionate time costs of unpaid work.

While Vienna’s work is inspirational, every place is different, and context is everything – we can’t necessarily just lift successful policies and apply them to any other urban area. Instead, the lesson here is that officials took the time to fill in pressing data gaps, listened to the people impacted, and tailored projects accordingly.

Oftentimes, we assume our own lived experience as the default. Noticing who isn’t in the room doesn’t always come naturally, and sometimes seeking out those who aren’t seems beside the point for an issue such as park design or bus stops. But those seemingly innocuous choices do matter – and they can cause a butterfly effect, forcing people to change their behaviour in ways that add up to create inequality and social exclusion.

Of course aiming for better representation is the ideal solution, helping to quash biases in the early stages of planning. However, the next best thing is to at least ensure that those missing voices are heard, whether this is through surveys, participation, or partnership working with a local organisation who do have access to those hard-to-reach voices.

Inclusive growth should help us realise the equal right of all people to access the places we try to shape, and target and uplift those who have been excluded in the past. But to do this, we have to ensure that we don’t just aim for inclusivity within narrowly-focused, typical projects, and instead let planning for inclusivity filter down into everything we plan – seeking out gaps and taking appropriate steps to fill them with real data, not our own assumptions.

Find out more about the Local Government Information Unit

END_OF_DOCUMENT_TOKEN_TO_BE_REPLACED 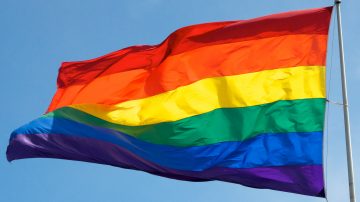 What business is it of yours? How being yourself means better business

END_OF_DOCUMENT_TOKEN_TO_BE_REPLACED

Alastair Davis, CEO, Social Investment Scotland This blog by Alastair Davis is the first in a series focussing on the …